Dr. Fauci Calls on Every American to Do This One Thing

The #1 Best Fast-Food Order for Weight Loss, Says Dietitian — Eat This Not That

Virus Expert Just Issued This Critical Warning — Eat This Not That 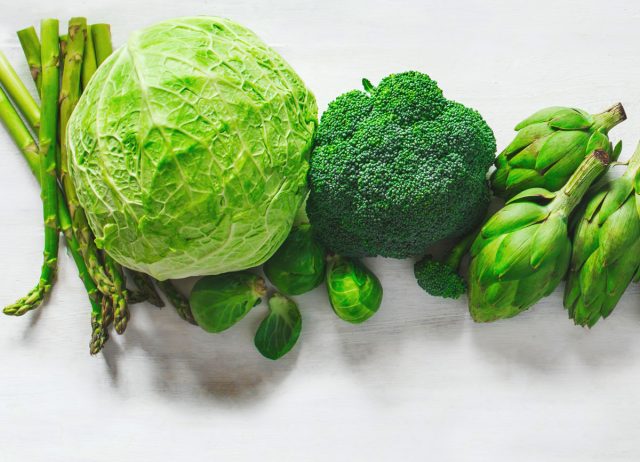 IBS (irritable bowel syndrome) can be an uncomfortable and, at times, unpredictable issue. However, researchers now believe that they’ve identified a diet that can help certain people with IBS.

IBS is a chronic condition that affects the large intestine and can cause cramping, abdominal pain, bloating, and gas, as well as diarrhea and constipation, according to the Mayo Clinic. “It’s important to find the root cause of IBS, which is very individualized. Stress, poor diet, medications, and gut infections are common reasons for IBS,” Erin Kenney, MS, RD, LDN, HCP, CPT, the author of Rewire Your Gut and Rewire Your Sweet Tooth, tells Eat This, Not That!

That’s partly why researchers took a look at stool samples collected from 56 people with IBS as well as those who live (and eat) with the study subjects, according to the aptly named Gut journal. After comparing samples over a period of four weeks, researchers found that those with IBS who also had a gut microbiome with a certain pathogenic profile improved in health after following the low FODMAP (fermentable oligo-, di-, mono-saccharides and polyols) diet, which restricts fermentable carbs that can be found in things like wheat, onions, and milk.

The press release about the study notes that it’s believed that “the bacterial genes involved in the metabolism of amino acids and carbs were no longer overexpressed” in subjects with IBS due to the low FODMAP diet. Specifically, symptoms improved in 3 out of 4 subjects.

The researchers behind the findings explained that “[i]f the bacteria represented in the [pathogenic] subtype are shown to play a pathogenic role in IBS, perhaps through their metabolic activity,” it could lead to “a target for new therapies” which could help those with IBS.

As Holly Klamer, MS, RDN, a writer with MyCrohn’sandColitisTeam, explains to Eat This, Not That!: “Cutting out fermentable carbs by following a low FODMAP diet is a helpful tool for many who suffer from IBS,” however, “the diet does not help 100% of people with IBS. Therefore, determining a microbial signature, as the study suggests, for those that will best respond to this diet is exciting.”

At the same time, Klamer noted that “those with IBS trying to follow a low FODMAP diet should work with a dietitian to follow the prescribed way of eliminating and reintroducing food sources one at a time to find which foods cause symptoms.”

To find out more about how to deal with irritable bowel syndrome, be sure to read 38 IBS Remedies That Will Change Your Life. Then, don’t forget to sign up for our newsletter for more of the latest health and food news!

Things No Patient Ever Wants to Hear — Eat This Not That

Officials Just Issued This “COVID Warning” — Eat This Not That

Things No Patient Ever Wants to Hear — Eat This Not...

Officials Just Issued This “COVID Warning” — Eat This Not That

Tips for Men Who Want To Lose Visceral Fat After 40...